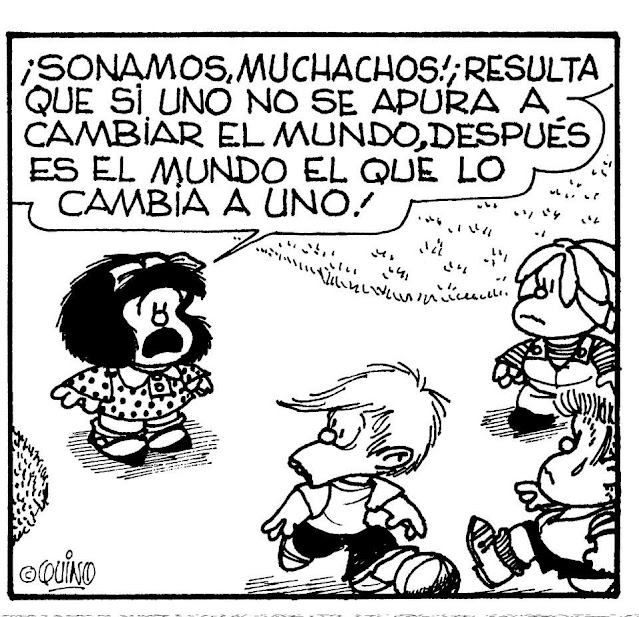 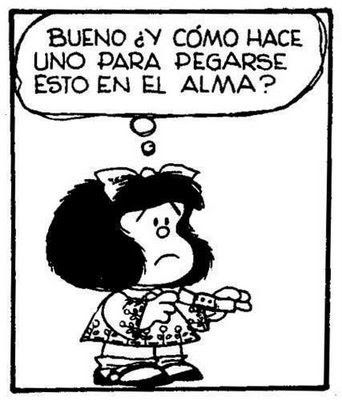 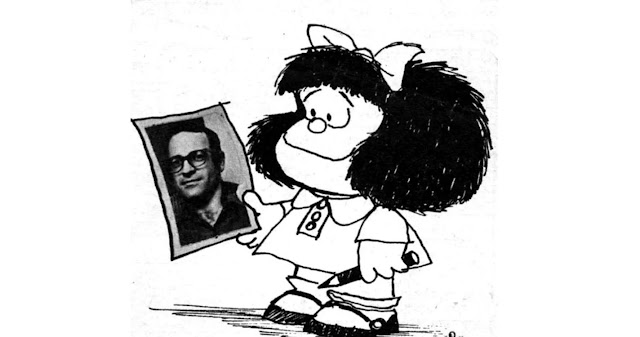 You've hardly time to get used to the idea that someone's dead, before you're hauled off to the funeral.

—The Stranger.
Albert Camus
[Translated by Stuart Gilbert]
A las 20:31 No hay comentarios:

Waiting on the day,
When my thoughts are my own.
When this house is my home,
And plans are made.
When you’ll be there for me baby.
When you’ll love me all the way.
When you’ll take my side in every little fire fight.
When you’ll hang your things and stay.

I’m waiting on the day.
When my life on the run
Bleaches out in the sun
And shows my age.
Waiting on the day,
When that voice comes to say
That it’s not wrong what you did for just a kid.

I’m waiting on the day,
Waiting on the day⟓,
When these words are in stone.
When the kids are all grown,
And we go dancing.
Oh, can you do it baby?
Can you love me all the way?
Will you tie me tight in little strands of paradise?
Will you walk with me before the morning fades?

I am so small I can barely be seen.
How can this great love be inside me?
Look at your eyes. They are small,
but they see enormous things.

The sea is calm tonight.
The tide is full, the moon lies fair
Upon the straits; on the French coast the light
Gleams and is gone; the cliffs of England stand,
Glimmering and vast, out in the tranquil bay.
Come to the window, sweet is the night-air!
Only, from the long line of spray
Where the sea meets the moon-blanched land,
Listen! you hear the grating roar
Of pebbles which the waves draw back, and fling,
At their return, up the high strand,
Begin, and cease, and then again begin,
With tremulous cadence slow, and bring
The eternal note of sadness in.

Sophocles long ago
Heard it on the Ægean, and it brought
Into his mind the turbid ebb and flow
Of human misery; we
Find also in the sound a thought,
Hearing it by this distant northern sea.

The Sea of Faith
Was once, too, at the full, and round earth’s shore
Lay like the folds of a bright girdle furled.
But now I only hear
Its melancholy, long, withdrawing roar,
Retreating, to the breath
Of the night-wind, down the vast edges drear
And naked shingles of the world.

Ah, love, let us be true
To one another! for the world, which seems
To lie before us like a land of dreams,
So various, so beautiful, so new,
Hath really neither joy, nor love, nor light,
Nor certitude, nor peace, nor help for pain;
And we are here as on a darkling plain
Swept with confused alarms of struggle and flight,
Where ignorant armies clash by night.
A las 18:33 No hay comentarios: 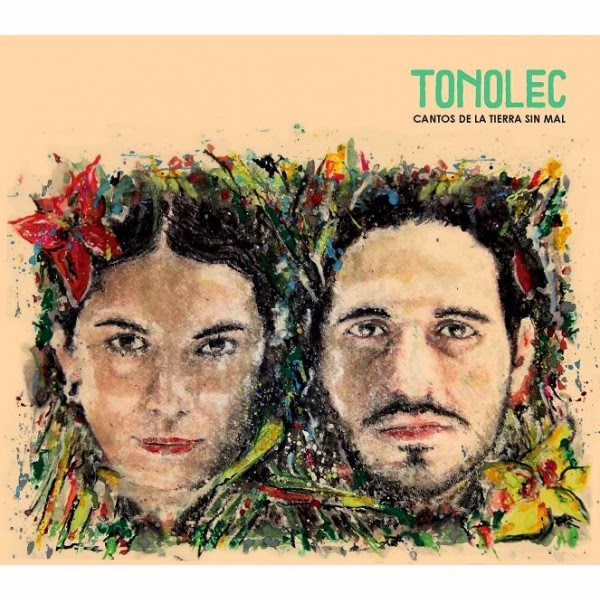 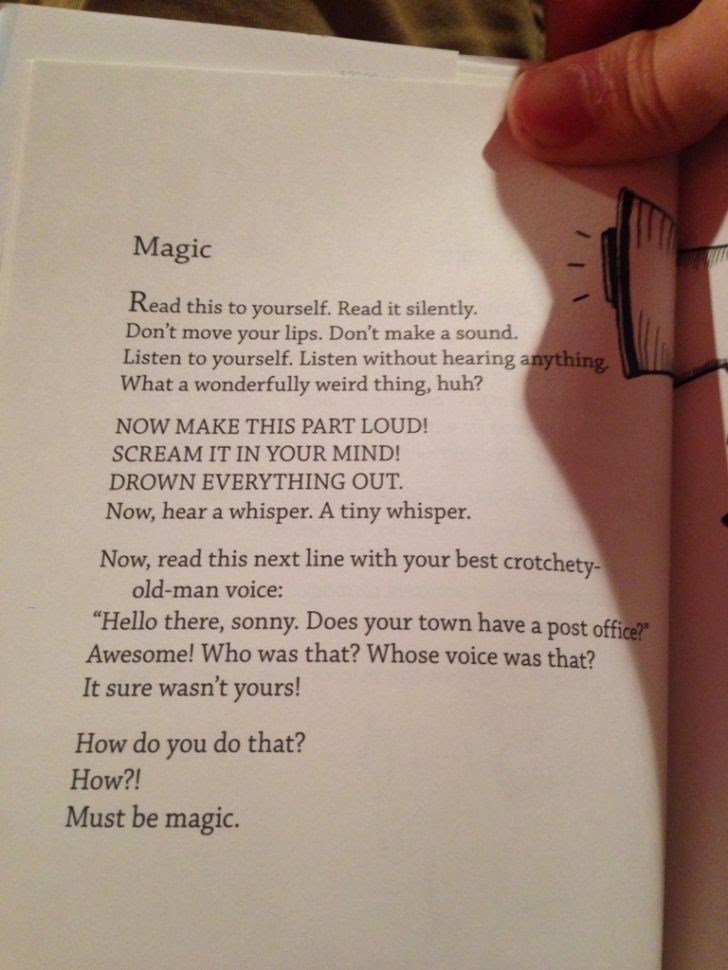 But why do I notice everything? She thought. Why must I think? She did not want to think. She wanted to force her mind to become a blank and lie back, and accept quietly, tolerantly, whatever came.

—Virginia Woolf, from The Years
A las 19:14 No hay comentarios: 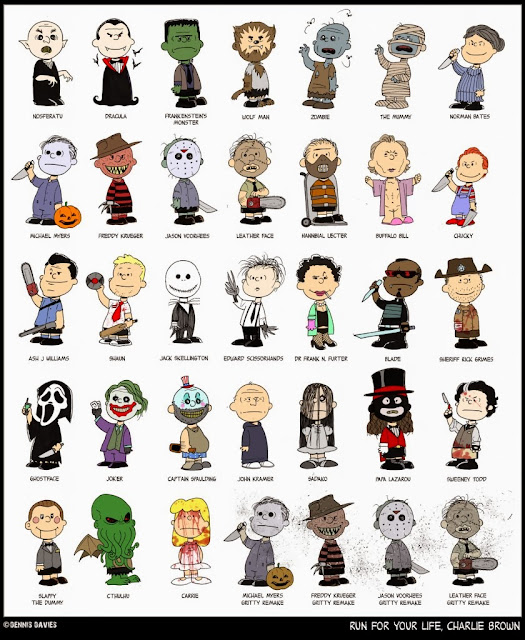 Love Is On The Radio

I was alone and my stomach was twisted,
But I can get up now, the dark clouds have lifted
Back in the old life, before you existed,
I couldn't see right, my windows were misted

Said one word, made me feel much better,
Starts with L and it's got four letters

Things are looking up, looking up (hey!)
There's magic everywhere you go
Strangers stop to say hello (hello, hello, hello)
So turn it up, turn it up (hey!)
As loud as you can make it go
'Cause love is on the radio

Now that I've found you, my heart's beating faster,
We could be happy forever and after
We could be married, like Mrs and Mr,
We'll have a son and we'll give him a sister

Just one thing holding us together,
A four letter word and it lasts forever

Things are looking up, looking up (hey!)
There's magic everywhere you go
Strangers stop to say hello (hello, hello, hello)
So turn it up, turn it up (hey!)
As loud as you can make it go
'Cause love is on the radio

Love is on the radio (turn it up, turn it up)

Funny one thing led to another,
You came along, filled my days with colour
And its been an everlasting summer,
Since we found each other

Things are looking up, looking up (hey!)
There's magic everywhere you go
Strangers stop to say hello (hello, hello, hello)
So turn it up, turn it up (hey!)
As loud as you can make it go
Play until your speakers blow,
Listen 'til your ears explode,
'Cause love is on the radio.
A las 18:57 No hay comentarios:

~And though you think the world is at your feet, it can rise up and tread on you~


"Dear Miss Morland, consider the dreadful nature of the suspicions you have entertained. What have you been judging from? Remember the country and the age in which we live. Remember that we are English, that we are Christians. Consult your own understanding, your own sense of the probable, your own observation of what is passing around you. Does our education prepare us for such atrocities? Do our laws connive at them? Could they be perpetrated without being known, in a country like this, where social and literary intercourse is on such a footing, where every man is surrounded by a neighbourhood of voluntary spies, and where roads and newspapers lay everything open? Dearest Miss Morland, what ideas have you been admitting?"
They had reached the end of the gallery, and with tears of shame she ran off to her own room.” 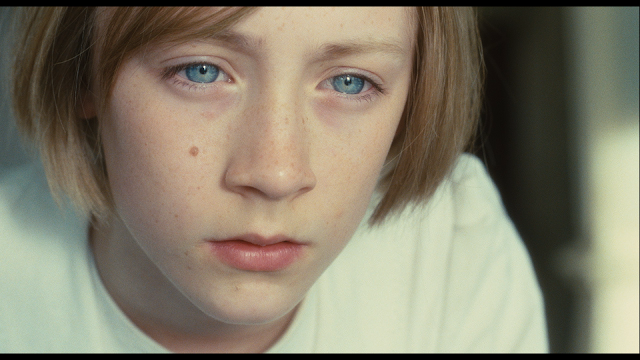 A person is, among all else, a material thing, easily torn and not easily mended.
A las 18:44 No hay comentarios:

SEASON of mists and mellow fruitfulness,
Close bosom-friend of the maturing sun;
Conspiring with him how to load and bless
With fruit the vines that round the thatch-eves run;
To bend with apples the moss’d cottage-trees,
And fill all fruit with ripeness to the core;
To swell the gourd, and plump the hazel shells
With a sweet kernel; to set budding more,
And still more, later flowers for the bees,
Until they think warm days will never cease,
For Summer has o’er-brimm’d their clammy cells.

Who hath not seen thee oft amid thy store?
Sometimes whoever seeks abroad may find
Thee sitting careless on a granary floor,
Thy hair soft-lifted by the winnowing wind;
Or on a half-reap’d furrow sound asleep,
Drows’d with the fume of poppies, while thy hook
Spares the next swath and all its twined flowers:
And sometimes like a gleaner thou dost keep
Steady thy laden head across a brook;
Or by a cyder-press, with patient look,
Thou watchest the last oozings hours by hours.

Where are the songs of Spring? Ay, where are they?
Think not of them, thou hast thy music too,—
While barred clouds bloom the soft-dying day,
And touch the stubble plains with rosy hue;
Then in a wailful choir the small gnats mourn
Among the river sallows, borne aloft
Or sinking as the light wind lives or dies;
And full-grown lambs loud bleat from hilly bourn;
Hedge-crickets sing; and now with treble soft
The red-breast whistles from a garden-croft;
And gathering swallows twitter in the skies.


Just Another Autumn Day
In Parliament, the Minister for Mists
and Mellow Fruitfulness announces,
that owing to inflation and rising costs
there will be no Autumn next year.
September, October and November
are to be cancelled,
and the Government to bring in
the nine-month year instead.
Thus we will all live longer.

Emergency measures are to be introduced
to combat outbreaks of well-being
and feelings of elation inspired by the season.
Breathtaking sunsets will be restricted
to alternate Fridays, and gentle dusks
prohibited. Fallen leaves will be outlawed,
and persons found in possession of conkers,
imprisoned without trial.
Thus we will all work harder.

The announcement caused little reaction.
People either way don't really care
No time have they to stand and stare
Looking for work or slaving away
Just another Autumn day.

The Force will be with you. Always. 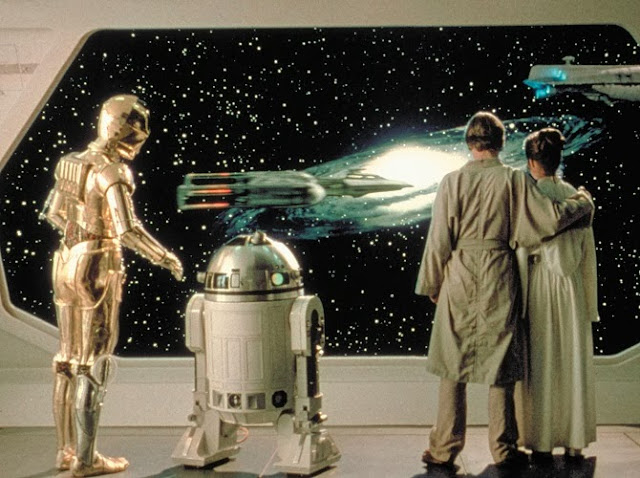 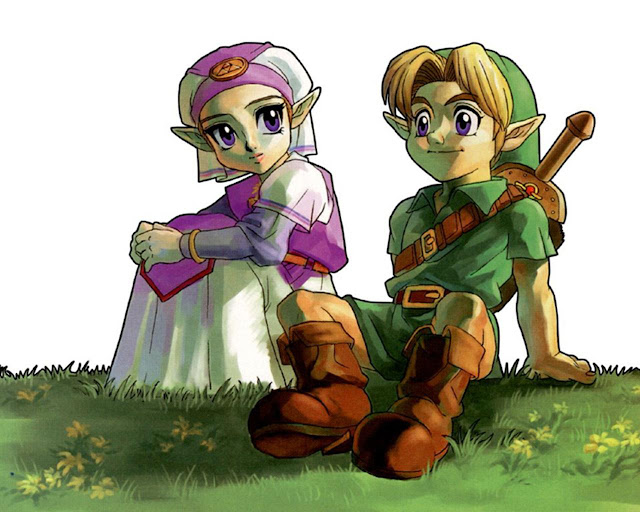 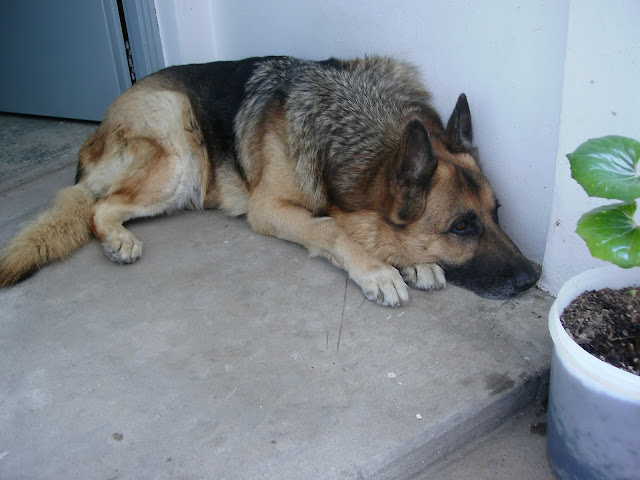 You were a big fish in a small pond, but this here is the ocean, and you're drowning.
A las 21:21 No hay comentarios:

MAN is the only CREATURE that consumes WITHOUT producing. He does not give milk, he does not lay eggs, he is too weak to pull the plough, he cannot run fast enough to catch rabbits. YET he is LORD of all the animals. He sets them to work, he gives back to them the bare minimum that will prevent them from starving, and the rest he keeps for himself. 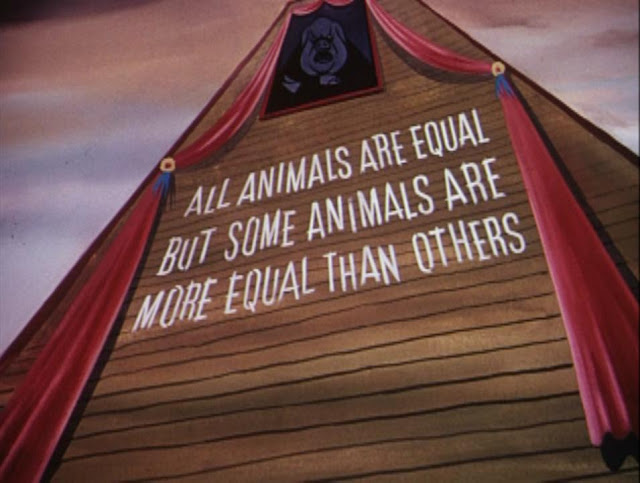 to the moon and back. 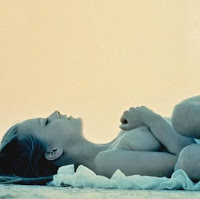 Me and you
Gotta the whole world in our hands
Come on take a chance to start anew
A las 19:45 No hay comentarios: 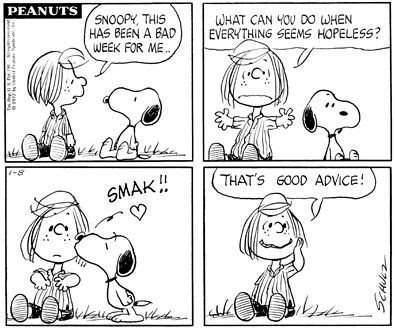 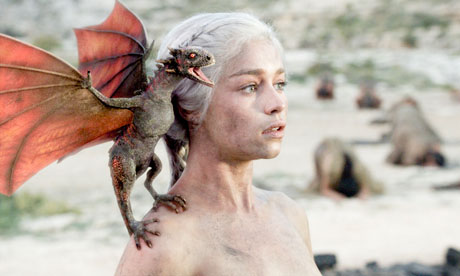 If Im such a legend, then why am I so lonely? 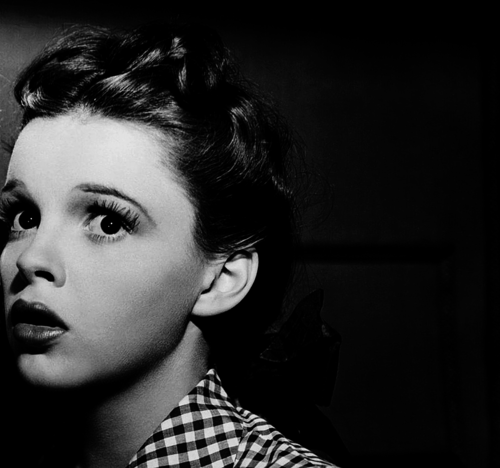 youtellmeimfreethenyoutiemedownandfrommychainsithinkisapity
A las 9:43 No hay comentarios:

Etiquetas: I hope I think I know, lyrics, music, Oasis

Fair is foul, and foul is fair.

Creeps in this petty pace from day to day,

To the last syllable of recorded time;

And all our yesterdays have lighted fools

The way to dusty death. Out, out, brief candle,

Life's but a walking shadow, a poor player

That struts and frets his hour upon the stage

And then is heard no more. It is a tale

Told by an idiot, full of sound and fury

You wanna get young but you're just getting older
And you had a fun summer but it's suddenly colder
If you want a bit of love put your head on my shoulder
It's cool.

And I / I don't really care about / anybody else / when I haven't got my own life figured out! 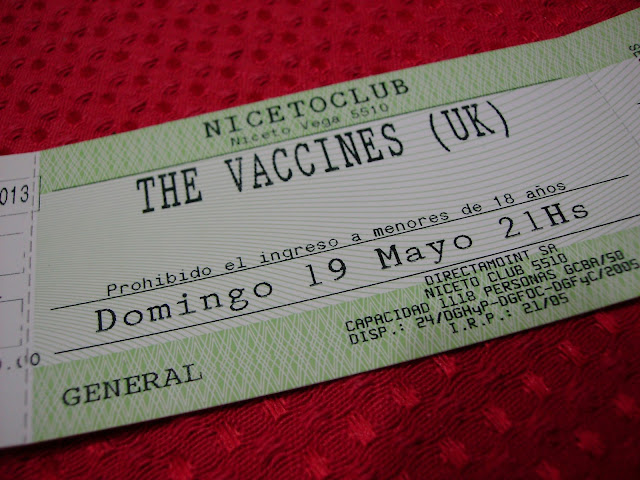 This fire is out of control! 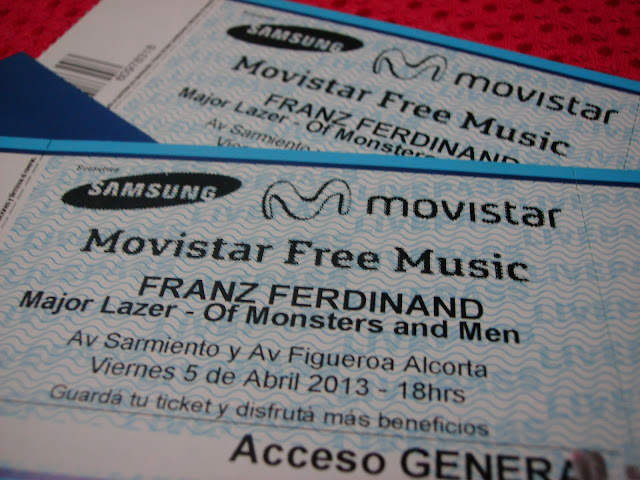 The Doctor is Back! 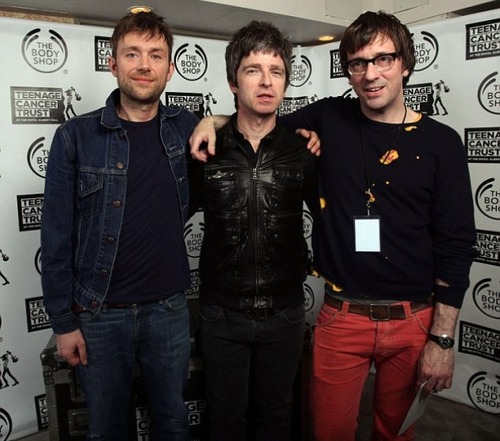 NO SÉ, ME IMPORTA UN PITO

DO YOU HEAR THE PEOPLE SING? SINGING A SONG OF ANGRY MEN?

It is time for us all
To decide who we are
Do we fight for the right
To a night at the opera now?
Have you asked of yourselves
What's the price you might pay?
Is it simply a game
For rich young boys to play?
The color of the world
Is changing day by day...
A las 15:20 No hay comentarios: 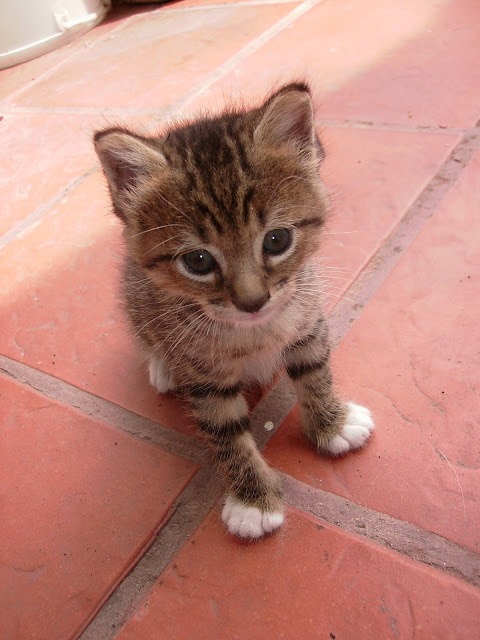 Tick tock goes the clock... even for the Doctor

D'you wanna come with me? 'Cause if you do then I should warn you; you'll see all sorts of things. Ghosts from the past. Aliens from the future. The day the Earth died in a ball of flame. It won't be safe, it won't be quiet and it won't be calm. But I'll tell you what it will be; the trip of a lifetime!

"He's like fire and ice and rage. He's like the night, and the storm in the heart of the sun. He's ancient and forever. He burns at the center of time and he can see the turn of the universe. And... he's wonderful." 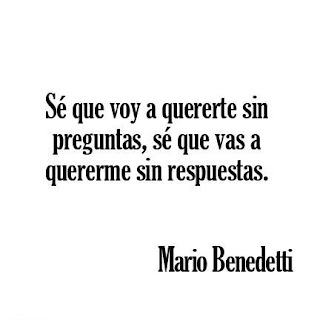 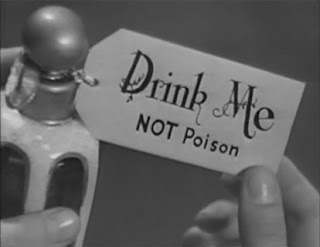 March Hare: Have some more tea?
Alice: I haven't had any yet, so I can't take more.
March Hare: You mean you can't take less. It is very easy to take more than nothing. 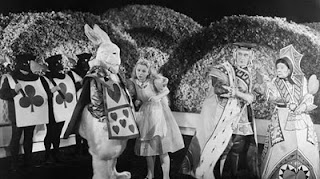 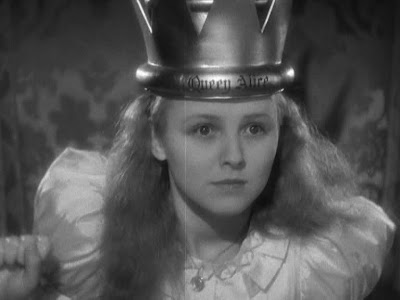 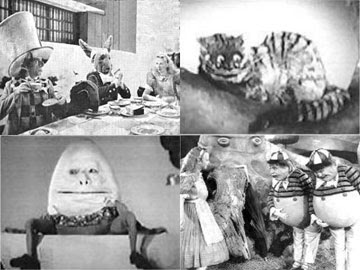 Our whole universe was in a hot dense state, then nearly fourteen billion years ago expansion started. Wait... the Earth began to cool, the autotrophs began to drool, Neanderthals developed tools, we built a wall, we built the pyramids!! Math, science, history, unraveling the mysteries, that all started with the big bang! HEY! 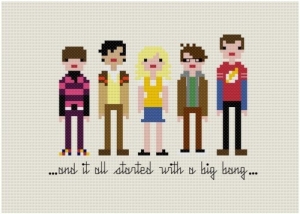 What kind of bird are YOU? 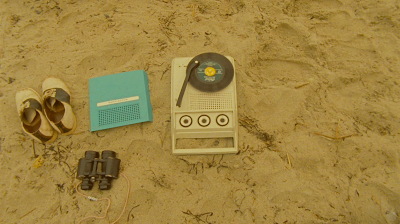 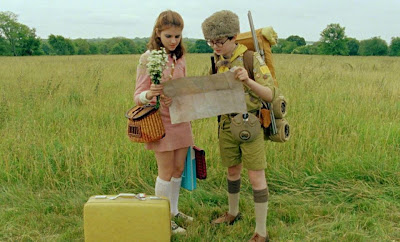 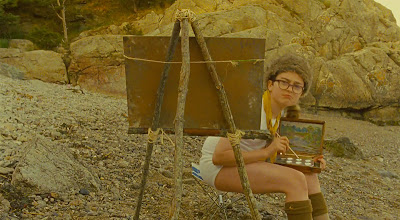 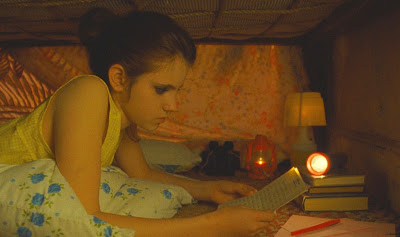 Sam: Why do you always use binoculars?
Suzy: It helps me see things closer. Even if they're not very far away. I pretend it's my magic power.
Sam: That sounds like poetry. Poems don't always have to rhyme, you know. They're just supposed to be creative. 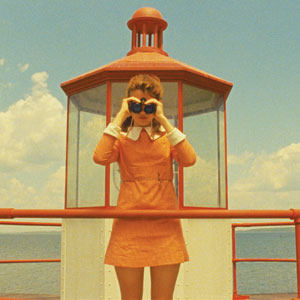